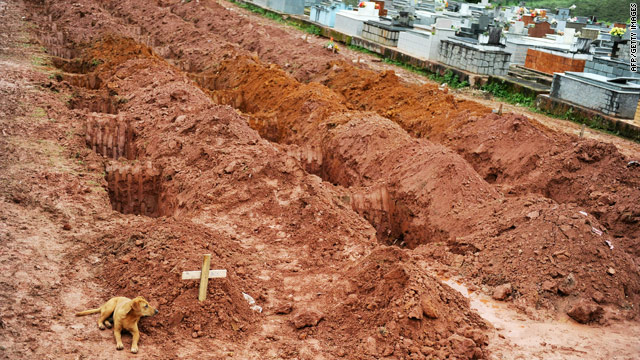 Leao, a medium-sized brown mutt,  lies next to the grave of her owner, Cristina Maria Cesario Santana, who died in the catastrophic landslides caused by heavy rain.  This AFP/Getty picture was taken on Saturday, the second consecutive day that the dog refused to leave the woman's grave at the cemetery in Teresopolis, near Rio de Janiero.