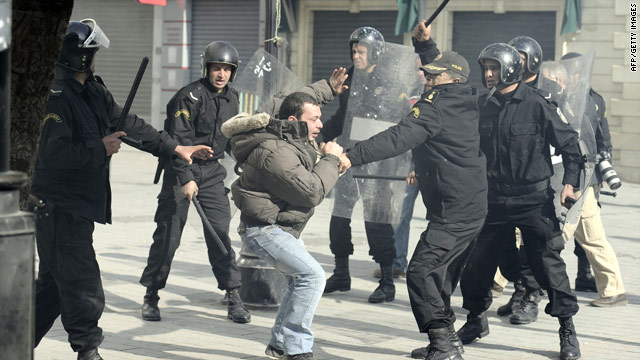 A new Tunisian government could be announced Monday, one day after the country's army clashed with armed gangs and remnants of ousted President Zine El Abidine Ben Ali's personal guard.

Ben Ali fled to Saudi Arabia on Friday after ruling the country for 23 years. His ouster followed weeks of protest over what Tunisians said were poor living conditions, high unemployment, government corruption and repression.

Public protests continued Monday, as about two thousand people packed into a major road in Tunis. As the demonstrators tried to work their way toward the headquarters of the ruling party, police opened fire with tear gas.