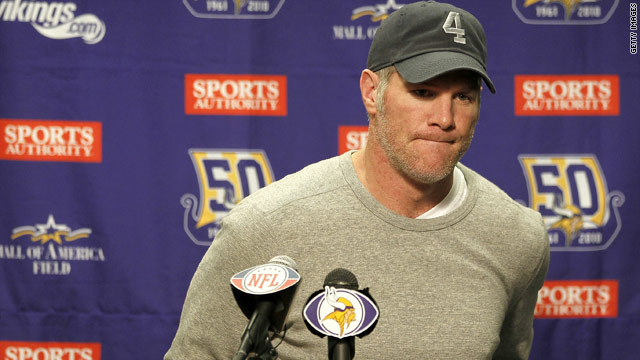 Favre is known for his on-again-off-again relationship - with the NFL.

In 2008 he retired from the game after his longtime status as the go-to man in Green Bay. He made his second retirement announcement again in 2009 after playing with the Jets. But he returned again with the Vikings.

If he really does retire this time, he will go with a record 297 regular season game consecutive starts and an unbelievable career.

"I know it's time, and that's OK. It is," Favre said after his final game. "Again, I hold no regrets, and I can't think of too many players offhand that can walk away and say that. Individually and from a team standpoint, it was way more than I ever dreamed of."

Where is Brett Favre's place in sports history?