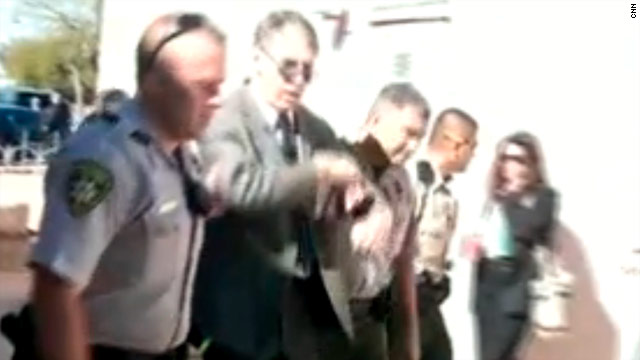 Tensions are high in Tucson, Arizona, Monday after the shooting rampage at Rep. Gabrielle Giffords' event January 8. This past weekend, at a televised town hall event hosted by ABC's Christiane Amanpour, a survivor of the shooting, James Eric Fuller, attempted to photograph Tucson Tea Party organizer Trent Humphries. Fuller was heard shouting, "You are dead" when Humphries began to speak.

Fuller is undergoing mental health evaluations. Humphries spoke with American Morning's Kiran Chetry about what may have provoked the exchange and why he has decided to press charges.