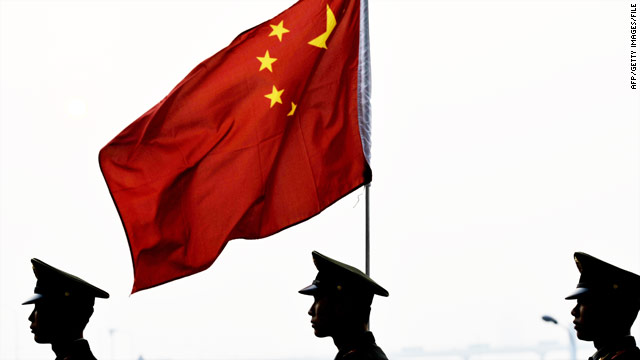 Despite what talk radio and late night comedians may say, China does not own the U.S. Treasury Department. Numbers show that 75% of Uncle Sam’s growing debt is in the hands of U.S. interests.

Of the international lenders, China is owed the most, just under $900 billion. But with America’s debt approaching $14 trillion, that’s not even 7% in Chinese hands. Of course, if China were to suddenly call in its notes, it would cause chaos to the U.S. economy.

But Christina Larson, a China analyst with the New America Foundation, says Beijing and the rest of the world still consider taking on debt from the United States a safe bet.

"China needs a place to park its capital and there’s no place that's as stable, easy to purchase and feel safe in as the United States."

Yes, Uncle Sam pays its interest, even if it has to borrow to do so. And, of course, with our stores filled with many goods made in China, the trade deficit has become a political hot potato. Yet, while China is the largest exporter in the world, the CIA Factbook reveals Germany is a close second, with the United States the No. 3 exporter, less than $200 billion behind China.

The outsourcing of manufacturing to China gets a lot of play in the United States, where fewer things are stamped “Made in America.” Experts say many of those jobs will never come back.

One nagging issue is the notion that China keeps its currency low to make its goods considerably cheaper to U.S. consumers. It’s a valid point that Beijing addresses every so often. President Barack Obama will, no doubt, push Chinese President Hu to do more on that front.

Hu also has domestic conundrum to deal with, analyst Christina Larson said. China has "to absorb millions of people every year into the labor market to prevent the dreaded social unrest," which will always be the top priority of the Chinese government, she said.

"They have an oversupply of people at this moment who've graduated from colleges and aren’t able to find high skilled jobs. An interesting fact that between now and 2030, there’s expected to be about 350 million people who move from the countryside to cities in China. That’s more than the entire population of the entire United States."

With the U.S. a much smaller market, in terms of population, China must turn inward to create a better consumer climate so Chinese people with extra money can buy the things they make, Larson says.