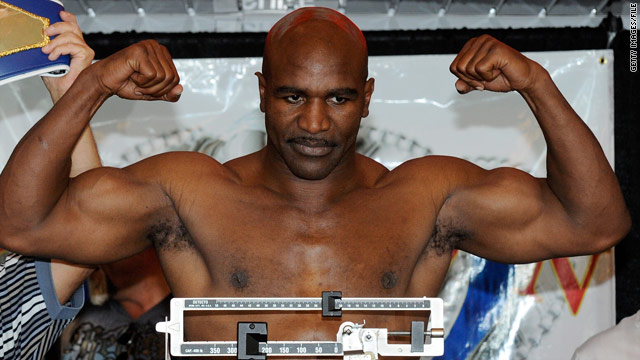 Holyfield: I want to be heavyweight champion again

"I have a goal. My goal ever since 1992 to be the heavyweight champion of the world again."

At age 48, Evander Holyfield said he isn't letting age stop him in his quest to become a heavyweight champion once again.

Over his 26 year career he has fought in countless fights, won 5 heavyweight titles, and even participated in a memorable stint on ABC's "Dancing with the Stars." He gets back in the ring this Saturday night against Sherman "Tank" Williams at the Greenbrier in White Sulpher Springs, West Virginia.

On American Morning Holyfield told Kiran Chetry how he stayed in shape for his upcoming fight.

"The only reason you don't reach goals is because you quit," he said.