Tens of thousands of people have been evacuated from low-lying areas in western India as a powerful cyclone is expeātwitter.com/i/web/status/1ā¦ta

Israel bombs the house of Hamas' Gaza leader and obliterates a family's home in Gaza, as Hamas launches over 100 miātwitter.com/i/web/status/1ā¦w4 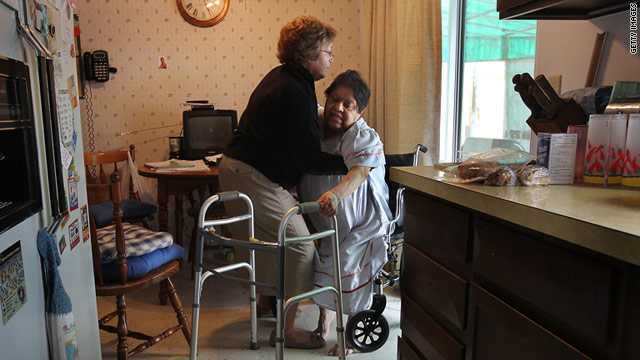 Nursing home closures in the United States tend to be concentrated in areas that are less affluent, more black or more Hispanic, a study in a leading medical journal has found.

Between 1999 and 2008, there was a net loss of more than 5% of nursing home beds, with a significantly higher risk of closure in ZIP codes with a higher proportion of blacks or Hispanics or a higher poverty rate, according to the report published online Tuesday by Archives of Internal Medicine.

During the years studied, 1,776 freestanding nursing homes closed, representing 11% of the total, compared with 1,126 closures of hospital-based facilities: nearly 50%, wrote the authors, led by Zhanlian Feng of Brown University.

"In the broader context of structural and socioeconomic disparities and persistent racial residential segregation, the clustering of nursing home closures in poor and minority-concentrated urban neighborhoods is troubling," the authors wrote.

The authors and an accompanying editorial express concern that as the population ages, certain groups' access to quality elder care will be limited.

The economic and ethnic disparities could force elders to be placed in facilities far from their families and communities, Katz wrote.

"Worse yet, because they are from low-income families, their friends and relatives may not be able to afford frequent trips to visit them," he wrote.

The study will be published in the May 9 print issue of Archives of Internal Medicine, according to Science Daily.

The US is condemning atrocities in #Tigray. The extrajudicial killing going on there is utterly horrifying asātwitter.com/i/web/status/1ā¦71
sarasidnerCNN

5:56 pm ET May 15, 2021 RETWEET
RT @faresakram: Smoke rising from what was the building housing our @AP office in #Gaza moments after Israeli jets destroyed it. I and my cā¦
sarasidnerCNN