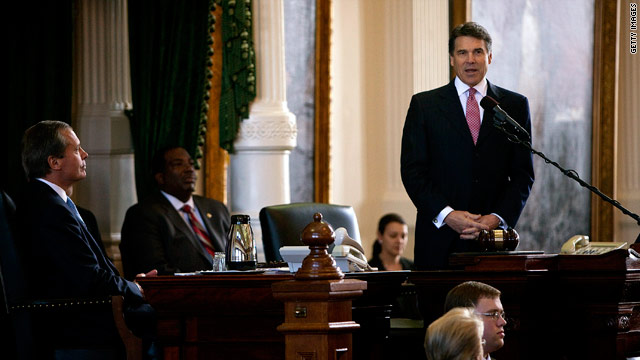 Dollars & Sense: KFC in China; U.S. up for sale

Even deficits are bigger in Texas: Texas lawmakers unveiled a Spartan budget that slashes $31 billion in spending to close the state's massive budget deficit. Education, Medicaid and corrections would take the biggest hits.

U.S. for sale: The government owns somewhere in the neighborhood of 650 million acres of land peppered with 429,000 buildings. As it looks to close up its massive budget deficit, everything from lighthouses, unused empty buildings and big plots of land are all hitting the auction block.

Colonel Sanders: China's favorite import:┬ĀWho knew KFC was so big in China? Yum! Brands, which owns the iconic American brand, saw its third-quarter 2010 sales rise 20 percent from the same quarter in 2009, while sales in the United States dropped 8 percent. Meanwhile, the debate over ChinaŌĆÖs currency rages on.

Chrysler's battery-less hybrid: By the end of next year, a Town and Country van built around a hybrid system that relies on pumped-up hydraulic fluid, rather than expensive batteries, will be up and running.

Three NFL teams are being fined $250,000 each because their coaches were not wearing face coverings during games onŌĆtwitter.com/i/web/status/1ŌĆ”tY
cnni