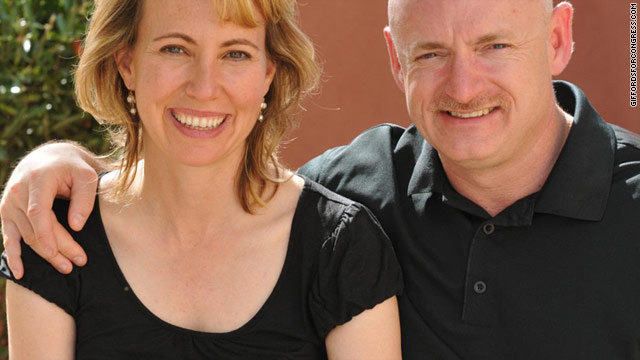 Rep. Gabrielle Giffords with her husband Mark Kelly. Kelly said his wife had worried about her safety.
January 19th, 2011
11:00 AM ET

Mother: Giffords to be moved to rehab center Friday

Rep. Gabrielle Giffords - who will be moved to a rehabilitation center in Texas later this week, according to her parents - had worries about her safety long before she was critically wounded by a gunman at a public event, her husband said.

"We've discussed it a number of times," Mark Kelly told CNN affiliate KVOA in an interview Tuesday. "She felt that, that was a possibility, pretty much exactly what had happened ... there have been threats against her and other members of Congress."

Giffords was shot in the head. In an e-mail sent to friends and family members Tuesday and obtained by CNN, Giffords' mother, Gloria, writes that she will be moved from Tucson, Arizona's University Medical Center to rehabilitation facilities in Houston, Texas, on Friday.