All Princeton University undergraduate students will be fully remote for the fall semester, the school's presidentātwitter.com/i/web/status/1ā¦K9

Eric Prescott Kay, a former spokesman for the Los Angeles Angels, is charged with a drug offense in connection withātwitter.com/i/web/status/1ā¦ht

The Trump administration rejects a Democratic offer to agree to a stimulus price tag of around $2 trillion, an indiātwitter.com/i/web/status/1ā¦cU

At least 16 people were killed in the Air India Express crash, officials say. There were 191 people on board.ātwitter.com/i/web/status/1ā¦5R

The deadly plane crash in India today was a repatriation flight operated by the government to bring home Indians stātwitter.com/i/web/status/1ā¦Xv

At least three people are dead after an Air India Express flight crashed during landing at Calicut International Aiātwitter.com/i/web/status/1ā¦es 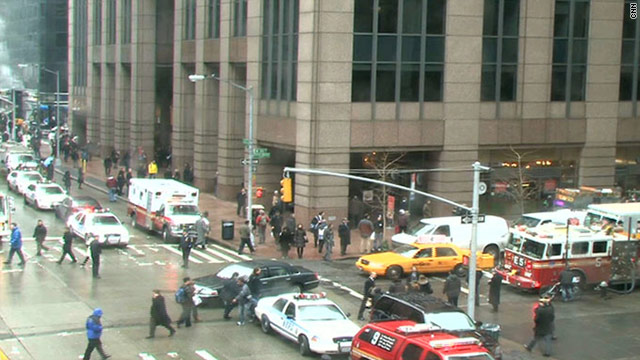 Authorities converged on an Israeli bank in Midtown Manhattan after a report of a possible letter bomb.
January 19th, 2011
12:46 PM ET

[Updated at 12:46 p.m.] There is no letter bomb at an Israeli bank in New York, authorities said after X-raying the package.

The letter had no return address and the name of the bank officer to whom it was addressed was misspelled, raising suspicions among bank employees, authorities said.

There were wires and a battery in the 6-by-3-inch envelope, but authorities said the envelope may contain an electronic or musical greeting card.

It is not clear whether employees who were evacuated from the building have been able to re-enter it. The area, which is just a few blocks from Radio City Music Hall, was not evacuated.

X-ray imaging revealed the potential device at a New York branch of Bank Hapoalim, he said.

The bank, located on the 11th floor of a skyscraper on Sixth Avenue in Midtown Manhattan, has been closed, authorities said.

Fire vehicles, ambulances and police cars have converged on the area. A bomb squad and hazardous materials team is also on the scene.

Why a giant Hindu deity is appearing on Times Square -- and why it's so controversial cnn.com/2020/08/05/us/ā¦
CNNBelief