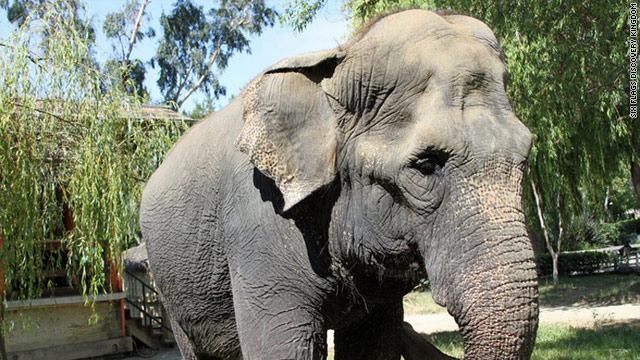 Taj lived at the park for 33 years. Before her retirement three years go, the former Circus Vargas performer entertained crowds by stacking logs and playing tug of war with visitors, according to the Mercury News.

Late in life she learned how to paint. Her abstract creations were auctioned for charity, The Daily Mail reported.

The park's senior elephant trainer, Nick Way, told the local newspaper the Times-Herald that Taj "is the kind of unique soul you hope to be lucky enough to encounter once in your lifetime."

12:31 am ET January 19, 2022 RETWEET
Update: â€śVerizon and AT&T said on Tuesday that they would delay the debut of new 5G cellular service near some airptwitter.com/i/web/status/1â€¦YI8r
susancandiotti