A deal about the path forward on the Covid-19 stimulus bill is coming soon, after being at a standstill for hours,‚Ätwitter.com/i/web/status/1‚Ä¶U8

Though thousands are still under boil water advisories, about 5,000 water customers in Jackson, Mississippi, don't‚Ätwitter.com/i/web/status/1‚Ä¶fK

As the pace of vaccinations improves, the US is getting closer to herd immunity. A CNN analysis finds it may be rea‚Ätwitter.com/i/web/status/1‚Ä¶rZ 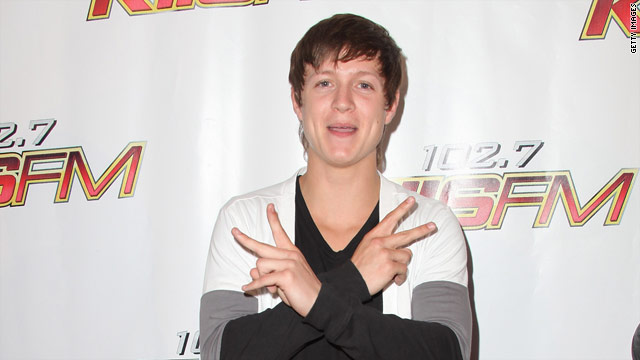 The "American Idol" Season 9 semifinalist created a buzz Tuesday with a rant on Twitter that seemed to say he was homeless:

"O my goodness yall! I have been crashin behind buidings and sleepin outside but I dont want nobody to feel sorry for me! I'm a grown (expletive) man"

Naturally, people understood that to mean the 20-year-old singer from Texas was living full-time on the streets.

Not so, a Lambert representative told The Hollywood Reporter.

"Alex is not homeless," said a spokesperson for XIX Entertainment. "He's been crashing on friends' couches while looking for an apartment, but he's getting a retainer and working on [new music] demos."

Lambert himself tried to clear things up with a series of reassuring tweets:

# I've had so much help out here in LA! I just want oto do things on my own! I have places to stay I just don't want to be a burden on anyone!

# I have money! And soon I will have a place to stay! I just wanted to let yall know! I'm not some rich spoiled kid! That I've had to hustle

# and grind and I don't mind sleepin on the street as long as I get my chance! Because I will not take it for granted! I hope yall understand

Chlapowski, who died Sunday in Montana at age 88, was the person who told the world of Japan's attack on Pearl Harbor on December 7, 1941.

According to the Billings Gazette, Chlapowski, who was a Navy radioman on Adm. Husband Kimmel's staff at Pearl Harbor, was in his barracks on the morning of December 7 when he looked out the window and saw a hangar at nearby Hickam Field explode.

"I turned to see the planes coming in and saw the 'meatballs' on the side," he said, referring to the red Japanese military insignia on the planes, according to the Gazette report. "The hair on the back of my neck stood up, just as it still does today when I think of it," he said.

Chlapowski said he hurried to his post in the communications room on base. There a supervisor handed him a message, which he transmitted in Morse code: "This is no drill - Pearl Harbor is being bombed by the Japanese - this is no drill."

Chlapowski was a member of the Pearl Harbor Survivors Association and the person assigned to present plaques to members' families when a fellow survivor died. Of the 84,000 U.S. military personnel on Oahu that day, only a couple of¬†thousand are thought to be living now, the Gazette reported.

Baby Manny went home from the hospital Tuesday. Not a big deal for most babies, but an absolute miracle for Manny.

Six months ago today, Manny was born 15 weeks early, weighing just 1 pound, 4 ounces, with his intestines, stomach and liver outside his body, according to the Chicago Daily Herald.

"We had given (the baby's mother) a 0 percent chance of survival (for the baby), but I also told her, we are a very hopeful unit and we will try our best," Dr. Deanna Duray, a neonatologist at Edward Hospital in Naperville, Illinois, told the Herald.

It took seven surgeries and six months of complications, healing and care, but Manny now weighs 12 pounds and everything is pretty much where it belongs. He still has to be fed through a tube, but doctors think eventually he'll be able to eat normally, the Herald reported.

Manny's condition, called gastroschisis, occurs in¬† about 1 of every 2,500 babies born, according to the Centers for Disease Control and Prevention. It occurs most commonly in babies born to teen mothers.

"We see a lot of miracles in our unit," Duray told the Herald. "Looking at those statistics, he really is a miracle."

Scientists have taken the first-ever photos of a glow-in-the-dark shark producing its own light. The kitefin shark‚Ätwitter.com/i/web/status/1‚Ä¶4Z
cnni

7:00 am ET March 6, 2021 RETWEET
At least 20 people were killed and more than 30 others wounded in a car bomb blast in Somalia's capital of Mogadish‚Ätwitter.com/i/web/status/1‚Ä¶Ot
cnni

5:44 am ET March 6, 2021 RETWEET
As Europe looks towards opening its borders, the continent could be on the verge of another massive migrant row. An‚Ätwitter.com/i/web/status/1‚Ä¶na
cnni

4:30 am ET March 6, 2021 RETWEET
Dr. Seuss had a long history of publishing racist and anti-Semitic work. Now, six of his books will no longer be pu‚Ätwitter.com/i/web/status/1‚Ä¶3L
cnni

2:00 am ET March 6, 2021 RETWEET
A woman who says she is the direct descendant of a man and woman pictured in some of the earliest known photographs‚Ätwitter.com/i/web/status/1‚Ä¶o8
cnni