The FBI raided fashion mogul Peter Nygard's office after he was accused of sex assault and sex traffickingâ€twitter.com/i/web/status/1â€¦l1

The coronavirus has met two of three criteria for a global pandemic and containment at US borders is "harder and haâ€twitter.com/i/web/status/1â€¦de

A US airstrike in Somalia killed an al-Shabaab leader who had a role in "planning and directing terrorist operationâ€twitter.com/i/web/status/1â€¦pm

The latest tally of novel coronavirus cases in the United States has jumped to 53, the CDC says. The new total nowâ€twitter.com/i/web/status/1â€¦CH 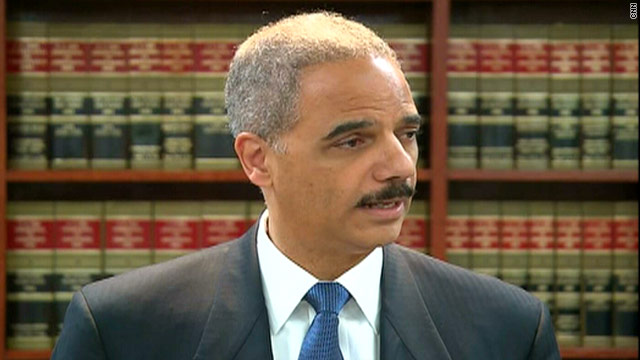 Attorney General Eric Holder at a briefing Thursday on the arrests.
January 20th, 2011
09:00 AM ET

Federal agents were conducting a series of raids targeting organized crime in the New York metropolitan area on Thursday morning, the FBI said.

More than 100 organized crime members are being arrested for various criminal charges, according to FBI spokesman Diego Rodriguez.

The specific charges and names of those arrested are expected to be announced in Brooklyn, New York by Attorney General Eric Holder's office at news a conference at 11:00 a.m. Thursday.

President Trump concluded a showy two-day visit to India, including a massive rally at a stadium filled with over 1â€twitter.com/i/web/status/1â€¦Nc
cnni

7:36 pm ET February 25, 2020 RETWEET
Uber Eats is getting a new boss as the company works to continue growing its meal delivery service without bleedingâ€twitter.com/i/web/status/1â€¦hE
cnni

6:31 pm ET February 25, 2020 RETWEET
Bernie Sanders has come under attack from US Democrats and Republicans this past week over his praise for social prâ€twitter.com/i/web/status/1â€¦W1
cnni