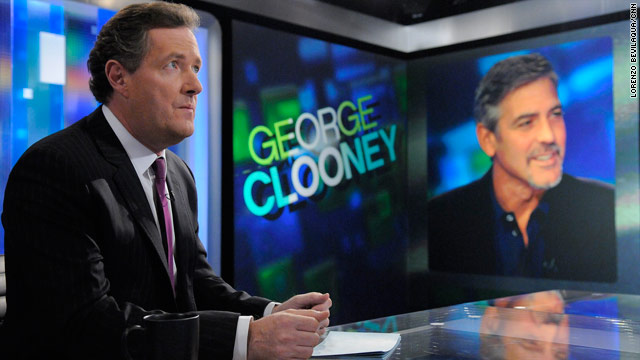 George Clooney contracted malaria while he was in Sudan during the recent election there, he told Piers Morgan during an interview scheduled to air Friday.

Clooney was in Sudan doing humanitarian work and watching elections on a historic referendum on independence for Southern Sudan.

"The truth of the matter is we are hoping it is one of many tools to continue to apply pressure, at the very least, to gather evidence that could be used at The Hague later if there are - if there are infringements or rules broken ... if anyone crosses across the border north or south," Clooney told Morgan.

It was during this recent work in Sudan that he contracted malaria. Malaria, which is spread by the bites of infected mosquitoes, can cause chills, flu-like symptoms, fever, vomiting, diarrhea and jaundice. It kills about 1 million people a year and is mostly limited to developing countries. Malaria has been nearly wiped out in the United States.

"I guess the mosquito in Juba looked at me and thought I was the bar," Clooney quipped.

While discussing the matter in a fairly jovial manner, Clooney said it was the second time he had gotten malaria.

"You don't think President Bashir has - has detached a detail of sickly, vengeful mosquitoes to target you whenever you arrive?" Morgan joked.

"Yeah," Clooney responded. "I think so."

Piers Morgan's full interview with George Clooney and his father, Nick, will air Friday on CNN at 9 p.m. ET.