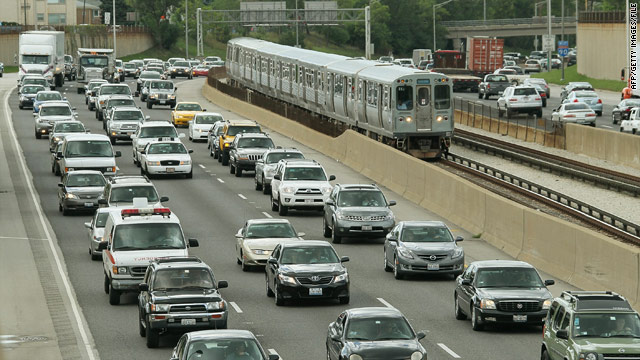 Which cities have the worst traffic?

Drivers in the Chicago and Washington, D.C., metro areas spend the most time stuck in traffic, according to an annual analysis of the nation’s traffic trends.

Commuters in those two cities spent an average of 70 hours stuck in traffic in 2009, according to the 2010 Urban Mobility Report, published by the Texas Transportation Institute at Texas A&M University.

Southern California – the Los Angeles, Long Beach and Santa Ana metro area – was third with an average of 63 hours spent stuck in traffic.

Chicago commuters lost the most money to the delays, $1,738, according to the survey, while D.C. commuters wasted the most gas, 57 gallons each.