President Trump has terminated the partnership between the World Health Organization and the US, he announcedātwitter.com/i/web/status/1ā¦n8

The ex-police officer seen in a video with his knee on George Floyd's neck faces charges of murder and manslaughterātwitter.com/i/web/status/1ā¦FY

Minnesota Gov. Tim Walz takes responsibility for the arrest of a CNN crew that was covering the protests over the dātwitter.com/i/web/status/1ā¦HU

Minnesota police arrest a CNN team reporting on protests that raged through the night over the killing of George Flātwitter.com/i/web/status/1ā¦W5 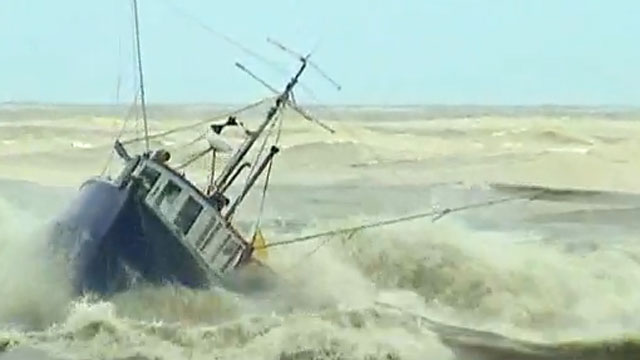 Swallowed in the sea – The recent rash of flooding in New Zealand has led to dangerously swollen rivers. When some local fishermen try to forge the intersection of a river and the sea they suddenly find themselves literally over their heads.

Joan stands behind Gervais – No one ticks off Hollywood celebs like Joan Rivers. So who better to laud Ricky Gervais's sharp-tongued performance at the Golden Globes than the queen of comedy herself.

Healthy or harsh parenting? – We'll let you decide if this mom is going over the top by enforcing a strict health regimen on her kids. Before school every day she packs a "junk food collector" for them in case they encounter any unhealthy treats during the day.

2:48 pm ET May 29, 2020 RETWEET
A British couple have found the wreckage of a crashed World War II fighter jet, believed to be a Bristol Beaufighteātwitter.com/i/web/status/1ā¦Oe
cnni

2:45 pm ET May 29, 2020 RETWEET
Over the 14 weeks from the Monday his coronavirus task force started meeting, January 27, through Sunday, May 3, USātwitter.com/i/web/status/1ā¦iu
cnni

2:41 pm ET May 29, 2020 RETWEET
"My deepest condolences to the family of George Floyd. As a nation, let's focus on peace, prayers & healing," firstātwitter.com/i/web/status/1ā¦Tu
cnni