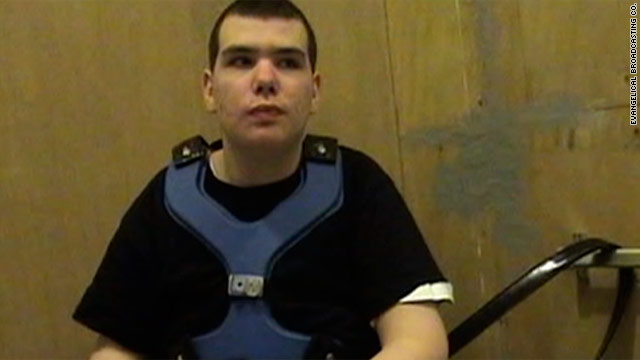 Officials say Brandon van Ingen has his own apartment where he can move about freely when others are not present.
January 22nd, 2011
04:20 PM ET

A Dutch documentary about a mentally ill and potentially dangerous 18-year-old has prompted lawmakers in the Netherlands to re-examine the permissible treatment of those in psychiatric care.

The documentary, which was produced by the Lutheran-run Evangelical Broadcasting Company and aired on public television Tuesday, followed Brandon van Ingen, a patient at a mental hospital in Ermelo. Since 2007, van Ingen has spent part of his days tethered to a wall due to the danger he poses to others, according to State Secretary for Public Health Marlies Veldhuijzen van
Zanten-Hyllner.

The program prompted widespread outrage across the country and sparked a national debate over the care of the mentally ill.