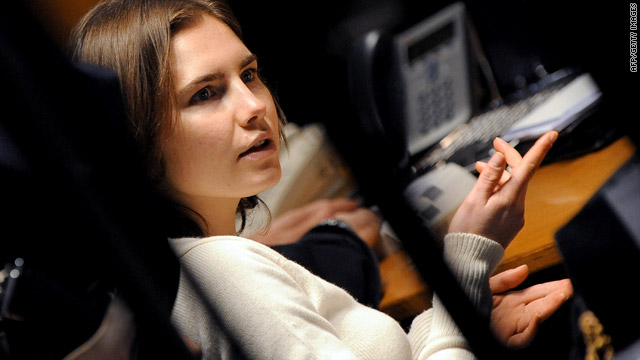 American Amanda Knox was convicted in 2009 of murdering her British roommate in their shared home in Italy.
January 22nd, 2011
09:20 PM ET

Evidence to be retested in Amanda Knox murder case

Amanda Knox, the American convicted in December 2009 of sexually assaulting and murdering her British roommate in Italy, is "cautiously optimistic" as she begins the lengthy appellate process in Perugia, Italy, her best friend said Saturday.

The experts' work begins on February 9 and they must conclude their analysis by May 9. Results will be presented to the two-judge and six layperson jury on May 21.