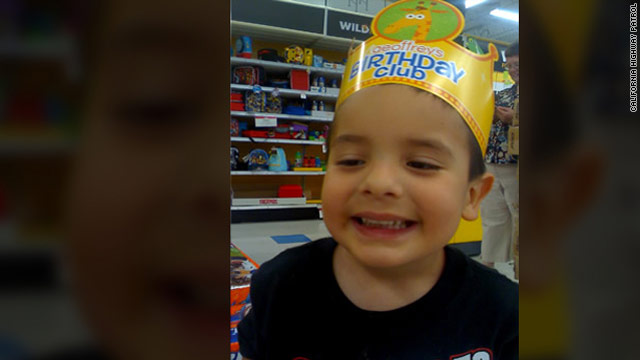 A car pulled from a California canal Friday night was not the same vehicle a witness claimed he saw being driven into the water with a young boy trapped inside, the Stanislaus Sheriff's Department said Saturday.

Authorities are continuing to search the canal near the area where a 4-year-old boy was abducted earlier this week.

Divers using sonar equipment were preparing to search the water Saturday, including one section of the 17-feet-deep canal that goes underground, said Raj Singh, a spokesman for the sheriff's department.

The Dalai Lama has deplored the death of George Floyd in Minnesota and blamed discrimination and racism for it. cnn.it/2B5AZzA
cnni

3:31 am ET May 29, 2020 RETWEET
In Minneapolis, protesters have set a police precinct building on fire following the death of George Floyd. More tŌĆtwitter.com/i/web/status/1ŌĆ”GP
cnni

3:16 am ET May 29, 2020 RETWEET
"The situation that social networks now find themselves in illustrates exactly why abuse and lies should never be tŌĆtwitter.com/i/web/status/1ŌĆ”LC
cnni