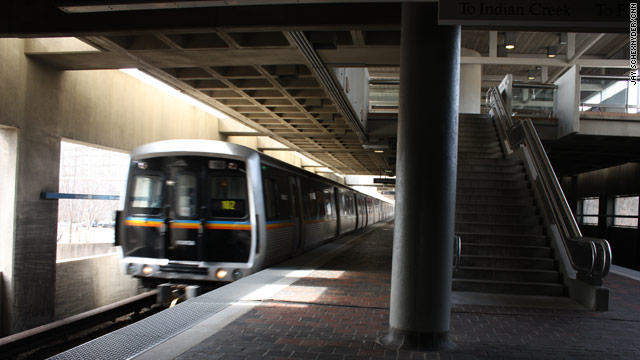 A MARTA train pulls into an Atlanta station in 2009. The transit agency has service in Fulton and DeKalb counties.
January 25th, 2011
12:35 PM ET

A woman was rescued Tuesday after falling onto subway tracks and being trapped under a train, CNN affiliate WSB-TV in Atlanta reported.

Firefighters pulled the woman from beneath a northbound train and took her to a nearby hospital.

"She is conscious and alert, with what appear to be non-life-threatening injuries," Hodgson said.

Service had returned to normal by 11:30 a.m., according to MARTA's website.