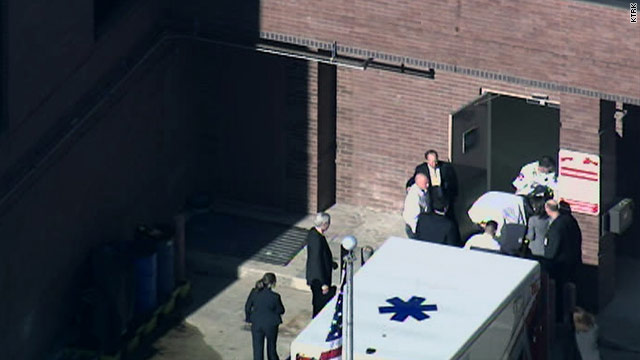 Rep. Gabriella Giffords is removed from an ambulance in Texas on Wednesday morning.
January 26th, 2011
11:21 AM ET

Rep. Gabrielle Giffords was moved from a Houston, Texas, hospital to a nearby rehabilitation hospital on Wednesday after doctors upgraded her condition from serious to good.

Giffords was shot in the head at a public event in Tucson, Arizona, on January 8. Her upgraded condition was announced late Tuesday after Giffords' husband, Mark Kelly, said she had watched an hour of television from her hospital bed.