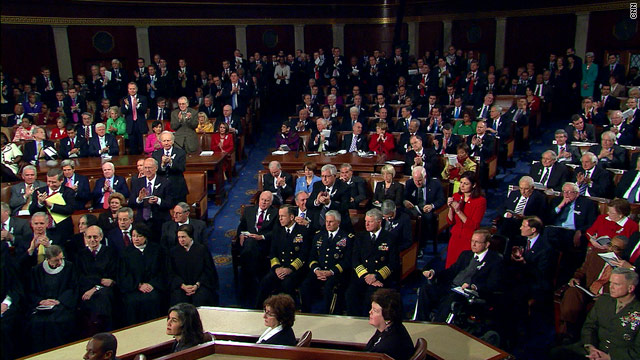 The mingled seating of Democratic and Republican members of Congress, a symbolic show of a renewed commitment to bipartisanship, eliminated the tribal practice of one party sitting on its hands while the other stands and applauds, and it was an immense benefit to the president. The viewing television public saw a stream of cut-aways framing prominent Democrats and Republicans, side-by-side, clapping for the same words. The speech itself transcended party lines as well, including nearly 90% Â that could have been penned by a GOP leader - or by Bill Clinton, at his center-grabbing best. For the tens of millions of Americans who want Beltway residents to get along and get things done, it was the apex of bipartisan promise since the aftermath of September 11, 2001.

END_OF_DOCUMENT_TOKEN_TO_BE_REPLACED 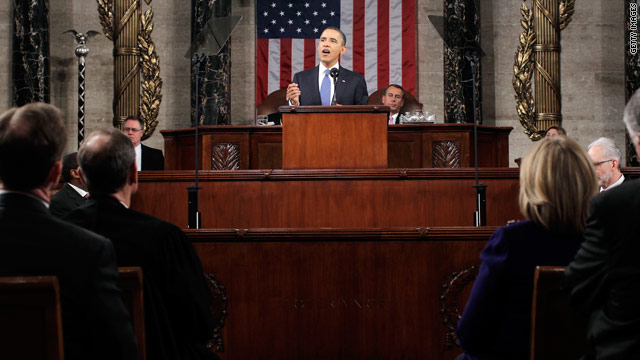 The State of the Union address has come and gone, but that doesn't mean President Obama and Congress are taking the day off.Â  Meanwhile, the World Economic Forum convenes in Switzerland, and CNN.com Live is there.

END_OF_DOCUMENT_TOKEN_TO_BE_REPLACED

Indiana mother killed kids, self, police say:Â An Indiana woman shot her three children and set the family's house on fire before turning the gun on herself, police said.

Critics slam paper over graphic of governor: A Spanish-language newspaper in Georgia has drawn bipartisan criticism for publishing a doctored photograph depicting the state's new governor as a Nazi.

My take on how Christians should rethink sex: When it comes to sex, many Christians confuse the fences for the playground. Weâ€™ve created what I call the chastity cult. Married and single Christians alike put sex on a pedestal. Weâ€™re more serious and obsessed with the rules than we ought to be.

Obama calls for united effort for prosperity: America is heading in the right direction and now needs to reshape some priorities to ensure future strength and stability, President Barack Obama told the nation Tuesday in his second State of the Union address.

Our John Antonio is the kind of person you want as a boss. This sacrifice you donâ€™t see often in business of any kitwitter.com/i/web/status/1â€¦YvuK
sarasidnerCNN

Our John Antonio is the kind of person you want as a boss. This sacrifice you donâ€™t see often in business of any kitwitter.com/i/web/status/1â€¦YvuK
sarasidnerCNN