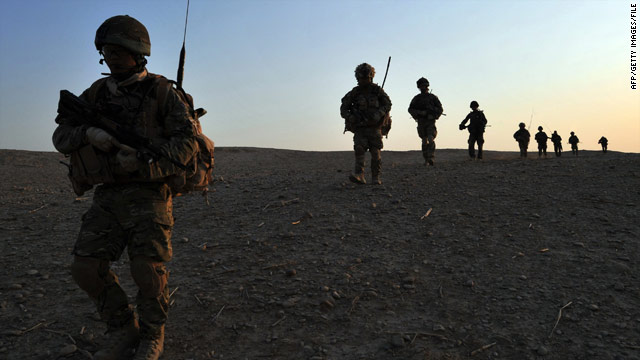 "I love you so much, I love you with all my heart and I was going to ask you, don’t answer, obviously you can’t answer, but will you marry me?"

"I could tell he was speaking from a phone booth, the line was quite crackly. I was shocked, and had to listen to it again before the message sunk in," Potts told the Daily Mail. "I think he probably dialed incorrectly, and that his girlfriend’s number is similar to mine."

"I can’t wait until you give birth to my baby, my little soldier," the soldier says. "I will do everything in my heart and I will try my hardest to fight to protect you."