Vladimir Putin says Russia has approved a coronavirus vaccine, but there are fears that essential corners may haveâ€twitter.com/i/web/status/1â€¦9K 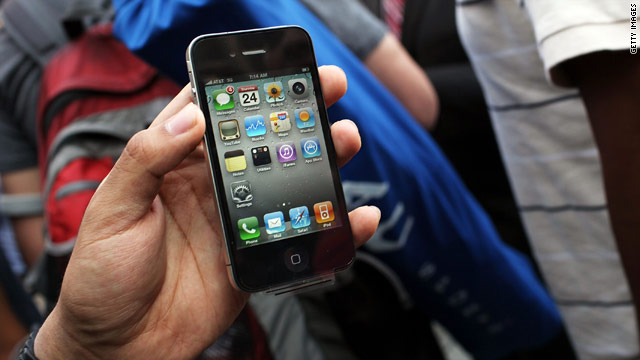 AT&T locks in 4 million iPhone users: The fourth quarter marked the last full quarter of AT&T's iPhone exclusivity agreement with Apple. Verizon will begin taking pre-orders for the phone on Feb. 3 and selling it in stores on Feb. 10. Verizon's iPhone won't spell disaster for AT&T. That's partly because AT&T customers will have to pay a $300+ termination fee and buy a whole new phone if they want to switch.

Why gold is losing its luster: The precious metal was on a crazy record-setting tear last year, but enthusiasm has cooled dramatically in 2011.

Financial crisis was 'avoidable':Â In the first official government review of the root causes of the crisis, the Financial Crisis Commission said there were warning signs and blamed Presidents Bush and Obama, the Fed and the Treasury Department for not acting sooner. In Davos, JPMorgan CEO Jamie Dimon says even his company could and should be dissolved if it fails.

State jobs on the chopping block: Faced with billion-dollar deficits, states are being forced to cut thousands of state jobs. The quandary: Many of those jobs still need to get done. Meanwhile, these 15 companies have never had a layoffÂ  ... ever!

A new study has shed more light on gigantic "terror crocodiles," that once roamed the world and preyed on dinosaursâ€twitter.com/i/web/status/1â€¦3Y
cnni

8:17 am ET August 11, 2020 RETWEET
Even for 2020, with its once-in-a-generation global pandemic and the countless travel bans that have followed, thisâ€twitter.com/i/web/status/1â€¦kH
cnni

8:09 am ET August 11, 2020 RETWEET
A stricken ship off the coast of Mauritius which has already leaked about 1,000 metric tons of oil into a pristineâ€twitter.com/i/web/status/1â€¦T0
cnni