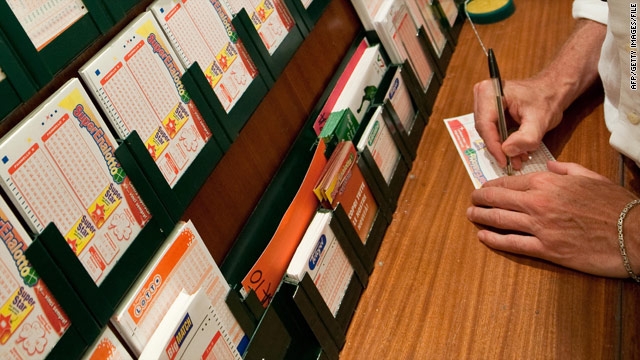 Seven men who played Canada’s Super 7 lottery together in December 2003 were awarded a $12.5 million jackpot plus $2.35 million in interest after being declared the rightful winners, the Toronto Star reported. Each will receive $2.1 million.

“It’s a little surreal,” one of the men, Joseph Reaman, 35, of Ridgeville, Ontario, said at a news conference introducing the winners, according to the Canadian Broadcasting Corp. “I got a baby on the way, and he’s pretty much set for life.”

The correction comes after three members of a family - two of whom worked for a Burlington, Ontario, lottery outlet – were charged last year on suspicion of stealing the winning ticket, according to the CBC.

An investigation by lottery officials and provincial police revealed that one of the seven rightful winners bought a Super 7 ticket at a store in October 2003 in St. Catharines, Ontario. The buyer redeemed the ticket later at the outlet in Burlington and wasn’t told that he won a free ticket, investigators determined, according to the CBC.

That ticket went on to win a $12.5 million jackpot. It was claimed by Kathleen Chung, sister and daughter of men who worked at the outlet.

A lottery investigator learned that Chung was a relative of retailers Kenneth Chung and Jun-Chul Chung, but the lottery paid her because it couldn’t prove wrongdoing, the CBC reported.

After the CBC’s “Fifth Estate” program profiled Chung – with Chung claiming not being able to remember where she bought the ticket - provincial police investigated the case and determined that the outlet didn’t give the free ticket to its rightful owner, leading to last year’s charges, which include theft and fraud, according to the CBC.

Further investigation led authorities to determine the prize belongs to the seven men who were awarded Thursday. The men were co-workers in the construction business in 2003, the Star reported.

“After more than seven long years, the right prize is going to the right people,” a beaming Ontario Lottery and Gaming Commission chair Paul Godfrey said Thursday, according to the Star.

The Chungs are free on bail as they await trial, the Star and the CBC reported.