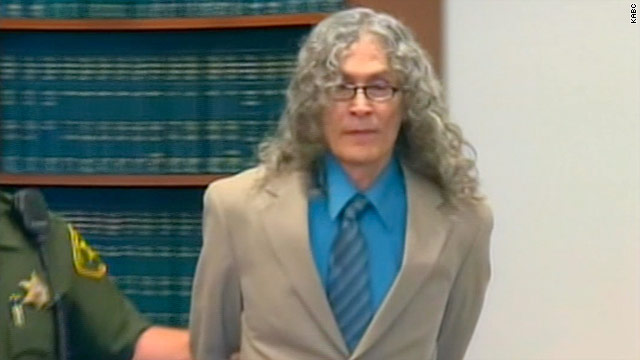 Source: 'Dating Game Killer' to be indicted in 2 N.Y. slayings

The Manhattan district attorney on Thursday will announce new indictments against Rodney Alcala, the so-called "Dating Game Killer," in connection with the murders of two women in New York during the
1970s, a law enforcement source said.

Alcala, 67, is currently on death row in California for killing four women and a 12-year-old girl there. He was convicted of those crimes in February 2010 and sentenced the following month. The California murders took place between November 1977 and June 1979 and covered a wide swath of suburban Los Angeles, from Burbank to El Segundo.

In 1978, Alcala was a winning bachelor on the television show "The Dating Game." At the time, he had been convicted in the 1968 rape of an 8-year-old girl, authorities said. He served a 34-month sentence.

5:13 pm ET October 22, 2021 RETWEET
The launch of Artemis I, an uncrewed mission serving as the first step of NASA's ambitious program to return humansŌĆtwitter.com/i/web/status/1ŌĆ”PC
cnni

5:11 pm ET October 22, 2021 RETWEET
The University of Southern California is apologizing and plans to award honorary degrees to dozens of Japanese-AmerŌĆtwitter.com/i/web/status/1ŌĆ”FZ
cnni