The FDA has changed blood donation guidelines as US blood supplies decrease amid the coronavirus pandemicâ€twitter.com/i/web/status/1â€¦xA

Tennessee's governor has announced the state is now under a stay-at-home order cnn.it/345TIp4 https://t.co/3KV50679TI

President Trump says he is invoking the Defense Production Act to "facilitate the supply" of equipment to build venâ€twitter.com/i/web/status/1â€¦4e

Democrats move their national convention to pick the party's 2020 presidential nominee to the week of August 17 inâ€twitter.com/i/web/status/1â€¦tg 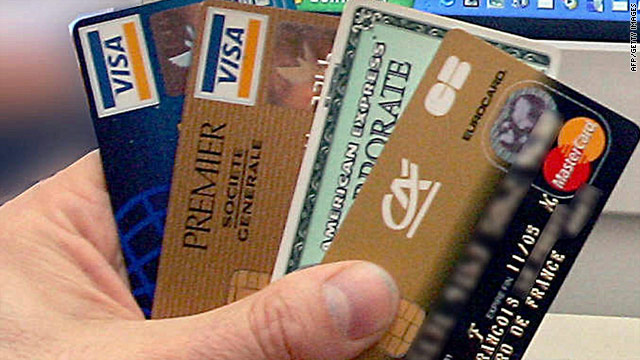 Cost to switch your iPhone to Verizon: If you're one of the estimated 2.5 million iPhone customers looking to switch to Verizon next month, you're probably furiously pounding away on your calculator to see if defecting is worth the money.

Credit card rates at record highs: Interest rates are hovering near record highs, at an average rate of 14.72%. And if your credit is bad enough, you could even end up with a rate as high as 59.9% APR. But there are some things you can do to avoid those lofty rates, even if you have bad credit.

Thanks to Madoff, you can buy a piece of the Mets: Managers of the New York Mets are auctioning off a minority stake in the baseball team, as they face pressure from a lawsuit related to Bernard Madoff's Ponzi scheme.

State pension + debt = big numbers: Hawaii's debt is $5.2 billion. But so is its pension obligation. States are having a hard enough time just paying for schools and social services, leaving many struggling to make big pension payments.

The commander of a US aircraft carrier that's been hit by a major outbreak of coronavirus has been relieved of commâ€twitter.com/i/web/status/1â€¦JQ
cnni

5:41 pm ET April 2, 2020 RETWEET
The founder and CEO of Zoom has apologized to the video conferencing app's millions of users after coming under firâ€twitter.com/i/web/status/1â€¦4r
cnni

5:39 pm ET April 2, 2020 RETWEET
The commander of a US aircraft carrier hit by coronavirus is expected to be removed from duty after being suspectedâ€twitter.com/i/web/status/1â€¦Fj
cnni