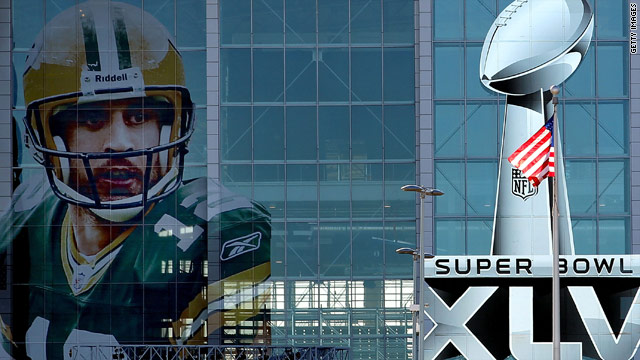 If the Packers win the Super Bowl, a Milwaukee museum gets a Renoir nude for its gallery.
January 28th, 2011
01:31 PM ET

Some folks paddling boats vs. naked ladies bathing – it doesn’t seem like a fair wager, at least not to this admittedly male reporter.

But that’s the bet, as the Milwaukee Art Museum and the Carnegie Museum of Art in Pittsburgh are putting impressionist artworks on the line for Super Bowl XLV.

If the Steelers win, Carnegie gets Gustave Caillebotte’s “Boating on the Yerres." If the Pack prevails, Milwaukee gets Pierre-Auguste Renoir’s “Bathers with a Crab.”

The Milwaukee Journal-Sentinel reports the winning museum will be able to display its spoils for three months, so neither museum is in danger of permanently losing a multimillion-dollar French painting.

Adding to the fun is that the chiefs of both museums are engaging in a spirited spat of trash talk that may belie the image many of us have about museum directors.

Milwaukee Museum of Art director Daniel Keegan said in a statement to the Pittsburgh Tribune-Review that he is already preparing a space for the Renoir.

“I'm confident we will be enjoying the Renoir from the Carnegie Museum of Art very soon,” the Green Bay native told the paper. “I look forward to displaying it where the public can enjoy it and be reminded of the superiority of the Green Bay Packers.”

Lynn Zelevansky, the director at Carnegie, had a retort for her Cheesehead counterpart.

“In Pittsburgh, we believe trash talk is bad form,” Zelevansky said in a statement. “We let the excellence of our football team, and our collection, speak for itself. It will be my great pleasure to see the Caillebotte from the Milwaukee Museum of Art hang in our galleries.”

It’s unclear whether she realized the statement constitutes trash talk in sporting circles. It’s also unclear if Zelevansky is aware of the 2.5 points that Las Vegas is predicting Green Bay will win by.

ArtInfo.com reported that the wager will bring something new to each of the museums because the Milwaukee  museum has no Renoir nudes (it has a Renoir river scene) and Carnegie, despite an impressive impressionist collection, has no Caillebotte.

Last year, in a similar bet, the Indianapolis Museum of Art had to lend the New Orleans Museum of Art a J.M.W. Turner painting, “The Fifth Plague of Egypt,” after the Saints whipped the Colts. Fittingly, the museum hung the Turner next to Claude Lorrain’s “Ideal View of Tivoli,” which it had wagered on a Saints win.