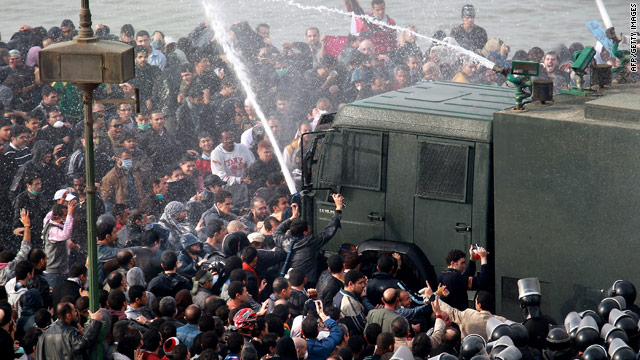 Unrest in Egypt: Thousands of demonstrators took to the streets of Egypt's major cities on Friday, prompting the government to deploy the army to keep the peace for the first time since unrest began Tuesday. Protesters are demanding an end to President Hosni Mubarak's 30-year-rule.

Boy drops loaded gun at pre-k class, police say: Florida police are trying to figure out how a 5-year-old boy came into possession of a loaded handgun that he dropped inside a pre-kindergarten class.

Officer faked school shooting story: A police officer in Los Angeles who claimed he was shot while patrolling near a high school has now been arrested for making up the story, authorities said.