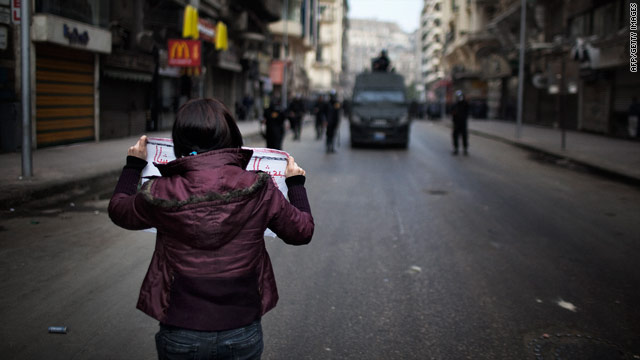 Zakaria: What is Mubarak thinking?

The Egyptian military is probably the oldest, most well-functioning institution in Egypt. Egypt has had a long tradition of a very strong state. What we're seeing is quite incredible because this is the oldest society in the Arab world with a deep and sophisticated culture with an authentic middle class. ItÂ  is also the oldest state, with a very long tradition of administrative control and a very powerful military. Both sides are trying to test the other to see which will give.

Any scenario, post-Mubarak, is going to involve the military because the military, in a sense, holds the country together. They will have to support whatever processes are put in place. My guess is that they're going to want to play a role that is behind the scenes and not right in front.

But the key issue, right now, is what is Mubarak thinking? Because he had the opportunity a year ago to decide to peacefully begin a political evolution. He decided not to do that and he had given every indication that he was going to run for re-election at 82, and ailing. That sent a signal to the entire society that they were in for another decade, potentially, of this dictatorship backed by the military. And that killed the sense that Egypt was evolving. Because there had been reform, there had been opening, so there was a sort of rising expectation that Mubarak crushed.

The question is: Is it too late for him to go back and provide some scenario for political reform which will prevent some kind of revolution. He will have to decide whether he can get in front of this change or whether he will be dragged, kicking and screaming.

The Great Barrier Reef should be added to the list of world heritage sites that are â€śin dangerâ€ť, a team of scienttwitter.com/i/web/status/1â€¦lWZdis
cnni

1:14 pm ET November 28, 2022 RETWEET
For the first time in decades, thousands of people have defied Chinese authorities to protest, demanding to be freeâ€twitter.com/i/web/status/1â€¦rx
cnni

The Great Barrier Reef should be added to the list of world heritage sites that are â€śin dangerâ€ť, a team of scienttwitter.com/i/web/status/1â€¦lWZdis
cnni

1:14 pm ET November 28, 2022 RETWEET
For the first time in decades, thousands of people have defied Chinese authorities to protest, demanding to be freeâ€twitter.com/i/web/status/1â€¦rx
cnni