A ruling from the Senate parliamentarian makes it unlikely Democrats will be able to include immigration reform inŌĆtwitter.com/i/web/status/1ŌĆ”8c

First Emmy award of the night goes to 'Ted Lasso' actress Hannah Waddingham for supporting actress in a comedy seriŌĆtwitter.com/i/web/status/1ŌĆ”Xv

FBI says human remains found in Wyoming are "consistent with the description" of Gabby Petito, but no formal identiŌĆtwitter.com/i/web/status/1ŌĆ”5c

A body was found in a national forest in Teton County, Wyoming, officials say. Police have been searching the areaŌĆtwitter.com/i/web/status/1ŌĆ”7t

Two pilots were hospitalized after they ejected from a military training jet that crashed in Lake Worth, Texas, offŌĆtwitter.com/i/web/status/1ŌĆ”2E

A military training aircraft has crashed in Lake Worth, Texas. Two homes have been heavily damaged and up to threeŌĆtwitter.com/i/web/status/1ŌĆ”Z6 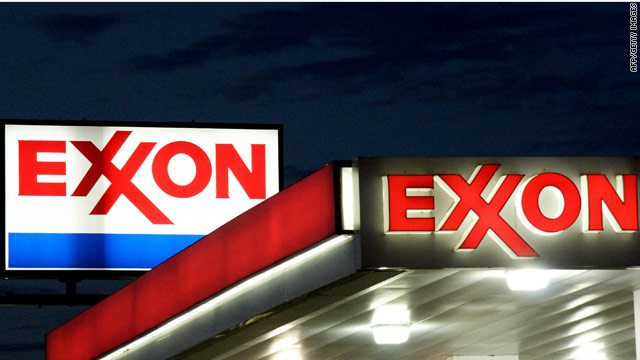 A look at some highlights from the day's business news:

U.S. stocks posted solid gains Monday as investors focused on the positive earnings news out of Exxon Mobil and rising commodity prices, while continuing to monitor the ongoing political unrest in Egypt.

Oil prices continued to trend higher amid the ongoing tensions in Egypt. Crude prices spiked more than 4% Friday on worries about potential disruptions to shipments through the Egypt-controlled Suez Canal. Oil prices gained 2.9% to
settle at $92.19 a barrel on Monday. That marked its highest close since Oct. 2, 2008.

Intel has discovered an issue with a newly released support chip, and fixing the problem will cut revenue by $300 million in the first quarter.

The company added that its gross profit margins for first quarter of 2011 and the full year will also take a hit. Shares fell on the news.

In a press release Monday morning, Intel said it had found that the ports within its 6 Series support chip (code-named Cougar Point) "may degrade over time." The issue could affect the performance or functionality of devices
linked to those ports, like hard disk drives and DVD drives.

Intel warned it expects first-quarter revenue to be reduced by $300 million as a result - but added that full-year revenue "is not expected to be materially affected."

Intel stock was initially halted on the news, and shares were down about 1% in the late morning after trading resumed - but they ended flat at $21.46.

The benchmark 10-year note fell, driving its yield up to 3.34%. Prices and yields move in opposite directions.

Traders are closely watching the political uprisings in Egypt and looking ahead to economic data out later this week, said Kim Rupert, a fixed income analyst with Action Economics.

"There are several economic reports and events this week, keeping further buying on the sidelines. The market is taking sort of a wait-and-see mode right now," she said.