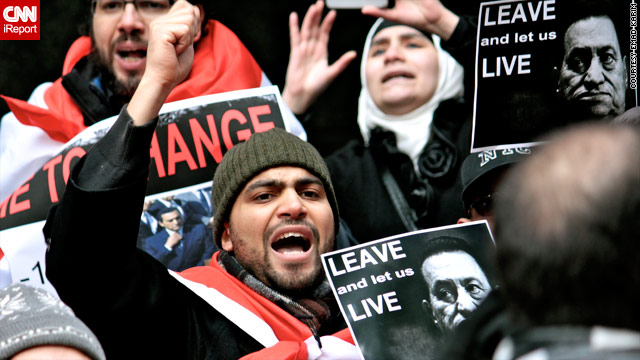 Protesters in Egypt continue to demand that President Hosni Mubarak leave office.  CNN.com Live has all the latest developments from the troubled North African country.

2:00 pm ET - Egypt protest in New York - The anti-Mubarak protests are not just limited to Egypt.  A protest calling for Mubarak to step down is scheduled to occur this afternoon in New York.

8:00 pm ET - Discovery heads to launch pad - The much-delayed launch of space shuttle Discovery is now planned for February 24.  NASA prepares for liftoff by moving the shuttle to its launch pad.

8:00 pm ET - California 'State of the State' address - What's old is new again in California, as Jerry Brown delivers his first State of the State address since returning to the governor's office.  The state's budget crisis is expected to dominate his remarks.