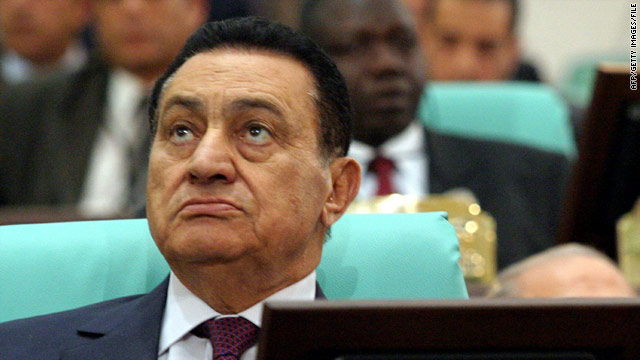 Street demonstrations in Egypt show no signs of letting up. Calls for President Hosni Mubarak to leave office persist. So far, Mubarak shows no signs of heeding the call. Is he considering an exit from office or does he believe he can manage his way out of this crisis?

Daniel Kurtzer believes Mubarak isn't going anywhere anytime soon. Kurtzer was the U.S. ambassador to Egypt from 1997 to 2001, the U.S. ambassador to Israel from 2001 to 2005 and an adviser on Middle East policy to the Obama campaign during the 2008 presidential election. Today, he's a professor of Middle Eastern Policy Studies at Princeton University's Woodrow Wilson School of Public and International Affairs. He knows Mubarak well.

"Mubarak, as the ultimate guarantor of stability in Egypt as far as he sees it, is only thinking about how to restore calm and law and order," Kurtzer said. "In the back of his mind is the idea that maybe the demonstrators have an issue and something needs to be done. But his major concern now is to restore law and order."

It would take a dramatic turn of events for Mubarak to leave office, according to Kurtzer.

"I believe the only thing that will change Mubarak's mind is a sit down with top military and security leaders who basically say to him, 'Your presence is putting the system in jeopardy.' There's no evidence yet to suggest that that kind of attitude has grown in the military," Kurtzer said.

To listen to the full interview with Kurtzer, click the audio link below:

US House select committee issues its first round of subpoenas, targeting four Trump loyalists in its January 6 inveâ€twitter.com/i/web/status/1â€¦p2
cnni

7:39 pm ET September 23, 2021 RETWEET
US officials have formally returned the Gilgamesh Dream Tablet to Iraq after the Justice Department had deemed thatâ€twitter.com/i/web/status/1â€¦A3
cnni

7:11 pm ET September 23, 2021 RETWEET
Looking forward to seeing this roll out. Appreciate you and your long history of exploring this topic #RealitCheckâ€twitter.com/i/web/status/1â€¦Fv
sarasidnerCNN

7:02 pm ET September 23, 2021 RETWEET
The US District Court of Wyoming has issued a federal arrest warrant for Brian Laundrie, according to the FBI's Denâ€twitter.com/i/web/status/1â€¦Ls
cnni