Cindy McCain, the wife of late Republican Sen. John McCain, has announced her endorsement of Joe Biden for presidenŌĆtwitter.com/i/web/status/1ŌĆ”KJ

An independent autopsy commissioned by the family of 29-year-old Dijon Kizzee found that he was struck 15 times byŌĆtwitter.com/i/web/status/1ŌĆ”hB 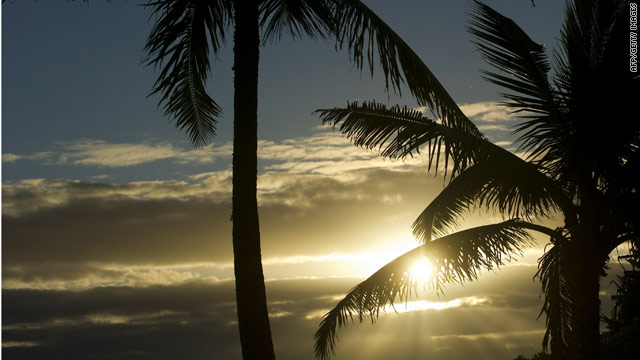 Vacation days: Take as many as you want: It sounds like a dream, but a growing number of companies are adopting flexible vacation policies that shift control and in many cases eliminate an allotted number of vacation days entirely.

Sam and Chuck talk 401(k)s:┬Ā How two complete opposites approach their 401(k)s, and what you can learn from them.

Get your Volt for less: The Volt has won nearly every major award out there and stirred up tons of interest, but one criticism persists: The $41,000 sticker price. A $7,500 federal tax credit takes the cost down to around $30,000, but that won't last forever.

Xtranormal conquered YouTube. Next: Facebook: The company, known for breakout hits like "iPhone4 vs HTC EVO" and "So You Want to Be a Journalist," plans to roll out a new app that will allow you to easily create and send video messages from your smartphone. Watch Xtranormal CEO Graham Sharp talk about making money off viral videos.

Repo men: The new face of reality TV: Spike TV is about to begin production of "Repo Games," a quiz show where dispossessed car owners can earn their rides back, fully paid, if they correctly answer three out of five trivia questions.

A new Chinese air force propaganda video appears to use Hollywood movie clips in its depiction of an attack on a taŌĆtwitter.com/i/web/status/1ŌĆ”Rt
cnni

2:46 am ET September 23, 2020 RETWEET
A wireless electric roadway in Israel will power some public buses as part of a pilot program to test a new green tŌĆtwitter.com/i/web/status/1ŌĆ”cZ
cnni

2:16 am ET September 23, 2020 RETWEET
Facebook said it had shut down more than 150 fake accounts it determined were run from China, including accounts poŌĆtwitter.com/i/web/status/1ŌĆ”sr
cnni

1:46 am ET September 23, 2020 RETWEET
Birds can chirp, birds can fly and now scientists have new evidence that birds can communicate with each other usinŌĆtwitter.com/i/web/status/1ŌĆ”ow
cnni