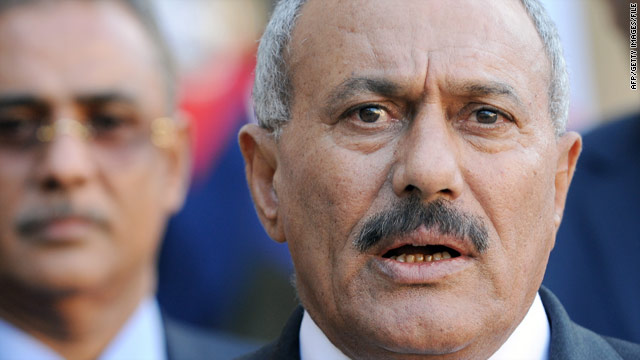 After 32 years in power, Yemen's president announced this morning that he won't seek another term, and he won't install his son to replace him.

Bloomberg reports that the ex-congressman from Louisiana is one of the leaders of a joint lobbying venture on behalf of the Egyptian government, which got under way in 2007. Previously, a group founded by Livingston lobbied Congress on behalf of Turkey, which opposed labeling as genocide the slaughter of hundreds of thousands of Armenians in the early 20th century.

In light of the move to ban earmarks, the Republican member of the House Appropriations Committee issued a confessional op-ed in The Washington Times, calling himself a reformed "earmarkaholic."