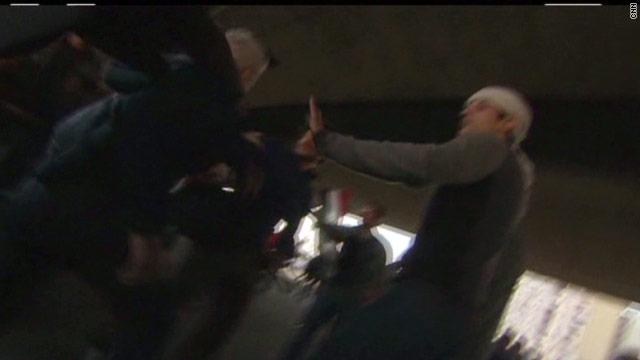 CNN's Anderson Cooper and his crew were attacked while trying to cover clashes between anti- and pro-government crowds in Cairo on Wednesday.
February 3rd, 2011
11:45 PM ET

Camera rolls as Cooper, crew attacked: CNN's Anderson Cooper and crew are attacked by protesters in Egypt on Wednesday.

Mass protests planned for Friday as Mubarak holds on:Â Egyptian President Hosni MubarakÂ told ABC News onÂ Thursday thatÂ he would like to step down right away, but cannot because he does not want to risk plunging his nation into chaos.

Bitter cold, outages follow in wake of storm: A swirl of sleet and freezing rain barreled into the Gulf States Thursday, yet another winter storm carrying frigid weather to a region unaccustomed to the cold.