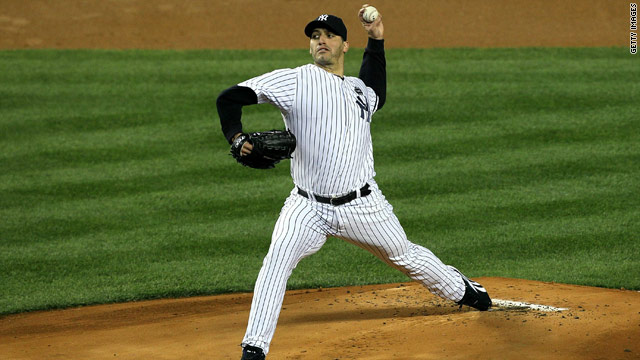 Five-time World Series winner Andy Pettitte, one of baseball's most accomplished pitchers and a man whose reputation took a hit when he admitted taking a performance-enhancing drug, is about to call it a career.

Pettitte, 38, will announce his retirement Friday, according to the New York Yankees, with whom he won all his World Series titles and played 13 of his 16 Major League seasons.

He is one of just 26 pitchers to complete his career 100 or more games over .500. Of the 19 Hall of Fame-eligible pitchers who have reached that plateau, only one, "Parisian" Bob Caruthers, who played from 1884 to 1892, is not in the Baseball Hall of Fame, according to the Yankees.

Pettitte was named in a 2007 report - written by a group led by former Sen. George Mitchell - on illegal use of performance-enhancing drugs in baseball. The report became the basis of a hearing two months later by the House Committee on Oversight and Government.

Pettitte has admitted using growth hormone twice, in 2002 and 2004.

He also has been a key figure in a case against former pitcher and teammate Roger Clemens. Clemens is charged with obstruction of justice, perjury and making false statements on suspicion of lying to Congress about whether Clemens used performance enhancing drugs.

In a sworn statement to the House committee, Pettitte said Clemens admitted using the hormone during a conversation the two had in 1999 or 2000. Clemens has said that Pettitte misheard the conversation.

The two men were close friends before falling out as a result of the federal investigation. Clemens' trial is scheduled for July, and prosecutors could call Pettitte to testify.

On SI.com, Tom Verducci writes of Pettitte's joy for the game and how his devotion to his team made for a successful career, and Cliff Corcoran writes about the┬Ādifficult task the Yankees have in trying to replace Pettitte in the starting rotation.

3:07 pm ET August 6, 2020 RETWEET
One of the wettest monsoon seasons in recent memory has inundated parts of the Korean Peninsula with torrential raiŌĆtwitter.com/i/web/status/1ŌĆ”7U
CNNweather