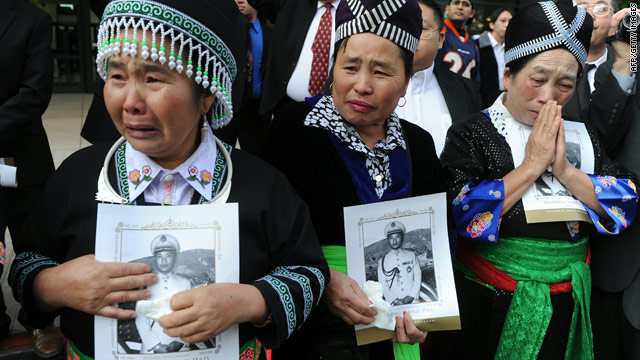 The family of a man who fought alongside U.S. troops in Vietnam have been told their relative will not be allowed to be buried at Arlington National Cemetery.

Major General Vang Pao led thousands of Hmong soldiers as they fought alongside the United States against the North Vietnamese Army during the war in Southeast Asia, according to a news release from Congressman Jim Costa of
California.

Costa, on behalf of Pao's family, asked the Army to grant an exception to Arlington's rules to allow Pao to be buried in the nation's most hallowed burial ground.

Pao died recently of complications from pneumonia, according to Costa.

"In history's memory, Wallis Simpson is seen as the temptress who lured a ruler from his throne," Kate Williams wri‚Ätwitter.com/i/web/status/1‚Ä¶Pn
cnni