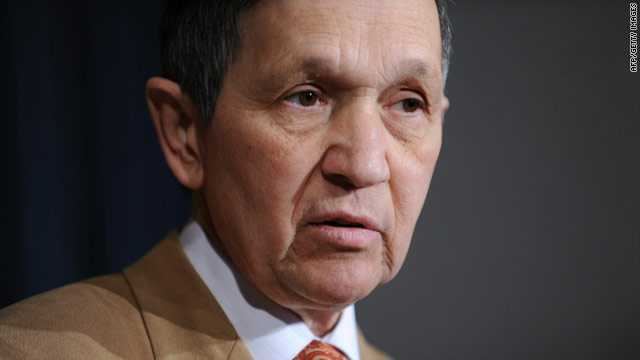 A U.S. lawmaker said he requested Friday a visit with the Army solider accused of leaking classified documents to the WikiLeaks website.

"I am concerned about reports of his treatment while in custody that describe alarming abuses of his constitutional rights and his physical health," Rep. Dennis Kucinich said in a letter to Defense Secretary Robert Gates.

Kucinich, a member of the Committee on Oversight and Government Reform, said in a statement that he wants an "explanation of reports that the Army ignored evidence of mental health problems of Pfc. (Bradley) Manning, and that he is being held in conditions that could contribute (to) a violation of the his Eighth Amendment right of protection from 'cruel and unusual' punishment."

He asked for a visit, he said, because as a member of the House committee, "It is my duty to conduct effective oversight."

The allegations of abuse gained more attention on Tuesday after a friend visited Manning at the U.S. Marine Corps brig in Quantico, Virginia.