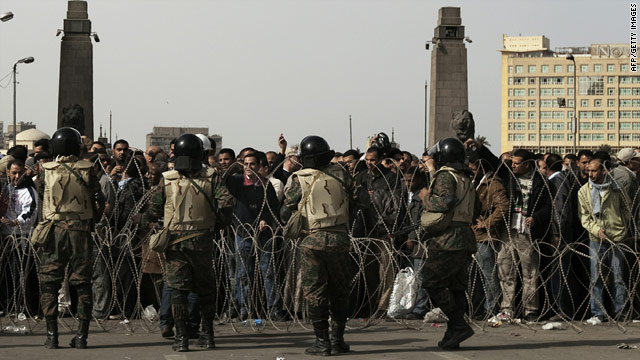 Soldiers and barbed wire keep a crowd back on Friday at Cairo's Tahrir Square.
February 4th, 2011
09:45 AM ET

Today on American Morning, Kiran Chetry talks with James Rubin, former U.S. assistant secretary of state and current executive editor of the The Bloomberg View. Rubin's wife is ABC News' Christiane Amanpour, whose car was attacked while reporting in Egypt.

Rubin says Mubarak's tactics to attack protesters and round up journalists were not successful. Protesters today show that this "really is the end for Mubarak," Rubin tells Chetry.