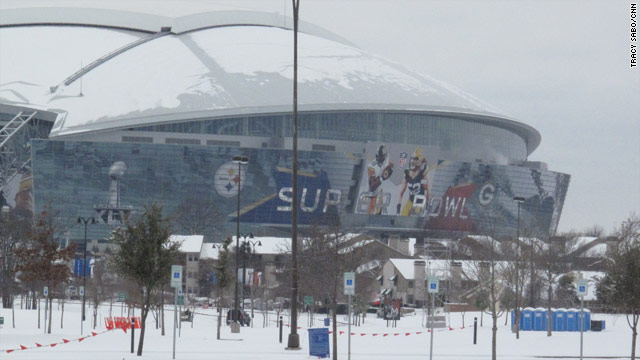 Ice and snow melting off the Cowboys Stadium in Texas has caused snow falls onto the plazas around the stadium, NFL spokesman Brian McCarthy said, causing several minor injuries.

All stadium entrances have been closed except for the truck tunnel which is away from the building by a safe distance.  All workers and vistors will now enter and exit through the tunnel as a precaution and until further notice.