The International Space Station had to adjust its orbit to avoid collision with a piece of debris from a US rocket,â€twitter.com/i/web/status/1â€¦Oj 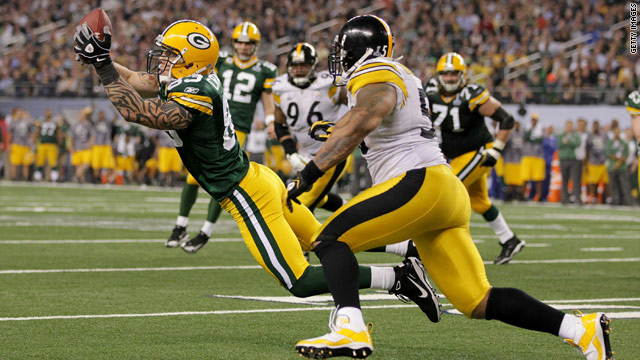 The contract between NFL owners and the players' union is set to expire March 3. Many people are asking whether Sunday's Super Bowl will be the last NFL game played in 2011. What is at stake for the players, the owners and the fans?

Rick Horrow, a sports business analyst, attorney and professor, says the NFL has never been stronger.

"If you donâ€™t believe me," Horrow said, "take a look at the Super Bowl. Astronomical ratings."

If a lockout or walkout happens on March 4, the players stand to lose not only salary and health benefits, but also a good chunk of their playing careers, according to Horrow. The average NFL player's career is between three and four years.

"You canâ€™t get that back," Horrow said.

For the owners, things are not that tough.

"The owners ... get one year of television payments, which they negotiated in good faith," Horrow said. "That, by the way, is $4 billion."

The fan should know that if a lockout does happen March 4, the 2011 season still could be saved. Owners and the players' union still will have the spring and summer to get a deal done, Horrow said.

Drone video shows large parts of La Palma island covered in ash from the Cumbre Vieja volcano which has been eruptiâ€twitter.com/i/web/status/1â€¦rx
CNNweather

6:48 am ET December 3, 2021 RETWEET
Calling all filthy animals: Airbnb is renting the iconic "Home Alone" house for one night only this monthâ€twitter.com/i/web/status/1â€¦6W
cnni