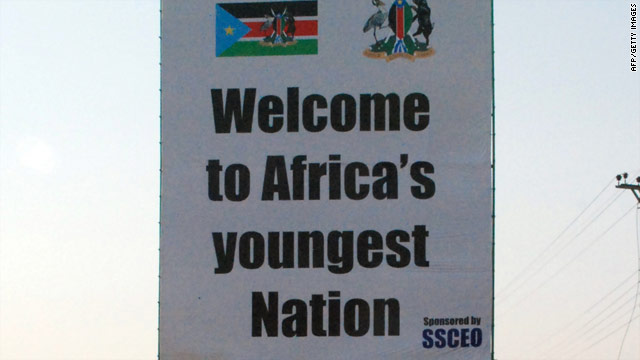 Southern Sudan votes to split from the north

Final results of last month's referendum show that an overwhelming majority of southern Sudanese voted to split from the north, a result that will lead to the creation of the world's newest nation, the referendum commission said Monday.

The chairman of the Southern Sudan Referendum Commission, which organized the vote, said 98.83% voted for separation, while 1.17% voted for unity.

"It was a peaceful process," said chairman Muhammad Ibrahim Khali, in a ceremony in Khartoum attended by Sudanese politicians, international diplomats, U.N. staff, academics and others. "It was a transparent process."

He said "not a single person showed up to appeal the results."

What are the chances? A street performer in Boston was singing a John Legend song when she spotted him in the crowdŌĆtwitter.com/i/web/status/1ŌĆ”rZ
cnni