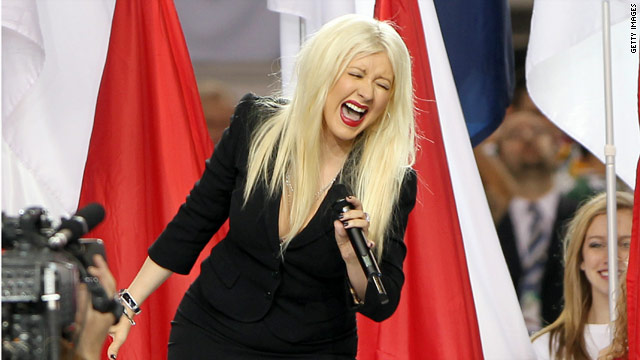 Aguilera flubs national anthem at Super Bowl: Christina Aguilera helped kick off Sunday's Super Bowl with a singer's nightmare, flubbing the words of "The Star-Spangled Banner" about 40 seconds into the song as tens of millions prepared to watch the game between the Green Bay Packers and the Pittsburgh Steelers.

Monday quarterbacking: Super Bowl's hits and fumbles: The Packers might have been the official winners of Super Bowl XLV, but if we're counting Web buzz, there were plenty of other victors Sunday night.

Cops: Party ejection led to frat shooting: Students and staff somberly returned to class Monday at Youngstown State University, where a prayer service was held for the people shot at an off-campus party over the weekend.

Channing Tatum: Yes, I was a stripper: He may wear some seriously skimpy skirts in the upcoming gladiator epic "The Eagle," but that's nothing compared to the uniform Channing Tatum wore in his pre-acting career — as a stripper.