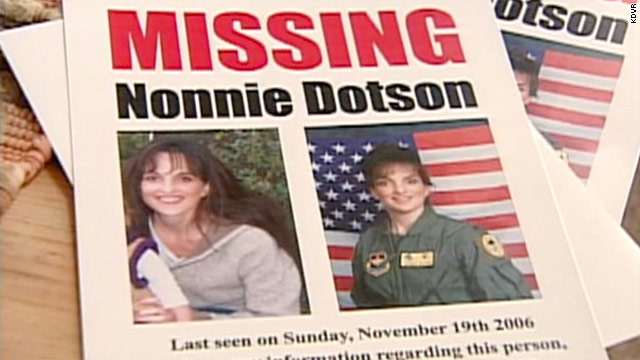 50 people in 50 days: Air Force nurse vanished while on leave

Just four months before she was to end her military duty, Nonnie Dotson disappeared while visiting relatives in Littleton, Colorado, in November 2006.

Dotson, then a single 33-year-old mother, was an intensive-care nurse at Lackland Air Force Base in San Antonio, Texas. She was on a pre-Thanksgiving holiday when she disappeared.

She was supposed to meet friends at a smoothie shop about a half-mile from her brother's home. She left the home on the afternoon of November 19, but she didn't appear at the smoothie shop. When her 16-month-old daughter woke up crying the next morning, her family realized that Dotson hadn't returned.

Police said there was no activity on her bank accounts, credit cards or cell phone. No suspects have been named.

Animals are getting larger beaks, legs and ears that allow them to better regulate their body temperatures as the pâ€twitter.com/i/web/status/1â€¦xE
cnni

4:53 am ET September 19, 2021 RETWEET
A "megapod" of about 100 humpback whales was recently filmed skirting a boat off the coast of Australiaâ€twitter.com/i/web/status/1â€¦4U
cnni