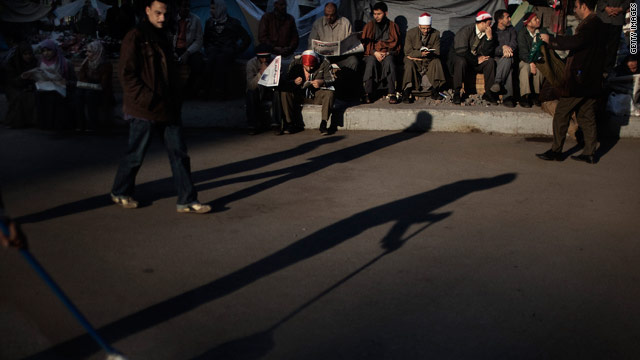 Egyptian anti-government demonstrators read after waking up from a night spent on Tahrir square.
February 8th, 2011
03:14 AM ET

[Update 11:33 a.m. Cairo, 4:33 a.m. ET] As protests in Egypt entered a third week Tuesday, the scene in Cairo's Tahrir Square might appear relatively calm. Cameras no longer captured images of Molotov cocktails and chunks of concrete flying through the air. But some say more danger could come.