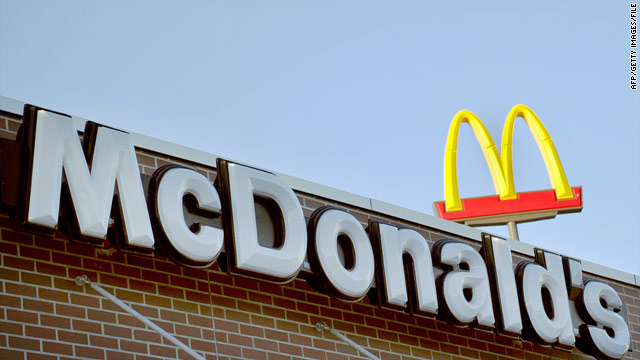 The blue chips were led higher by shares of McDonald's, which climbed 2.6% after the fast food giant reported better-than-expected January same-store sales. Other consumer discretionary names in the S&P 500 posted solid gains including  Urban Outfitters, Family Dollar and JCPenney among others.

The Dow's 70-point gain came despite the People's Bank of China announcement early Tuesday that it would raise bank's borrowing and lending rates by a quarter percentage point. The move, the bank's third since October, comes as Chinese policymakers look to gradually cool the world's second-largest economy without halting growth.

States and companies may get a little more help from Washington D.C. in dealing with high unemployment costs - at least for the next two years.

The Obama administration is proposing waiving interest payments for two years on the $42.3 billion states have borrowed from the federal government to cover unemployment benefits. Some 30 states are on the hook for an estimated $1.3 billion in interest charges this year.

The measure, one of three related to unemployment insurance costs, will be part of the federal budget President Obama will deliver to Congress next week.

The waiver would be a big relief for employers too, since they are the ones who usually have to foot the interest bill through surcharges. They had been spared this expense over the past two years because of an obscure provision of the 2009 Recovery Act that expired on Dec. 31.

Employers would also avoid having to pay higher federal unemployment taxes, which are used to pay down the principal of the loans, for another two years, according to the budget proposal.