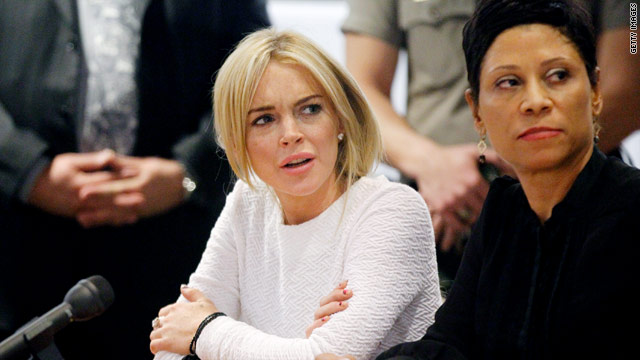 Actress Lindsay Lohan pleaded not guilty Wednesday to a felony grand theft charge based on allegations that she stole a necklace allegedly from a California jewelry store last month.

Lohan waived her right to a preliminary hearing.Â A February 23 hearing on the case was scheduled "in an attempt to resolve the case,"Â  Los Angeles County Judge Keith Schwartz said.

After the hearing, Lohan, who is free on bond, took to Twitter to respond to a message a concerned-sounding tweet from HLN's Dr. Drew Pinsky.

Pinsky on Wednesday afternoon had tweeted the following: "IÂ [am] mortified howÂ @Lindsaylohan is getting attacked when she is so fragile and just establishing her sobriety. Not at all what she needs."

Lohan responded via Twitter: "@drdrew thank you for your support.. I appreciate it."

"Go and get that mouse!" CNN's @bianca_nobilo met a feline friend while interviewing Speaker of the UK House of Coâ€twitter.com/i/web/status/1â€¦x9
cnni

12:00 pm ET September 17, 2021 RETWEET
The government of Philippines President Rodrigo Duterte said it will not cooperate with an International Criminal Câ€twitter.com/i/web/status/1â€¦PS
cnni