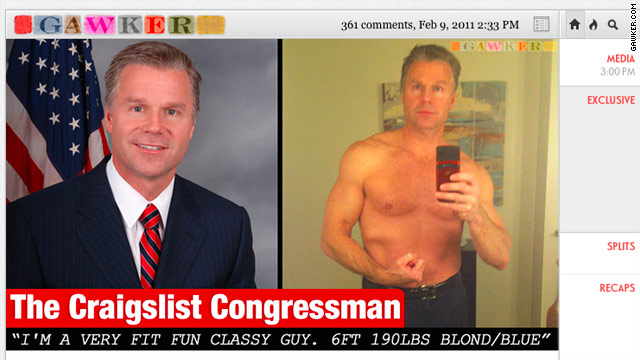 Rep. Christopher Lee resigns amid reports that he tried to meet women on Craigslist

Rep. Christopher Lee , a New York Republican, has resigned after reports surfaced that the married congressman was trying to meet women on Craigslist, a GOP source told CNN.

Lee acknowledged making "profound mistakes" and said his decision to step down was voluntary.

"It has been a tremendous honor to serve the people of Western New York. I regret the harm that my actions have caused my family, my staff and my constituents. I deeply and sincerely apologize to them all. I have made profound mistakes and I promise to work as hard as I can to seek their forgiveness," he said in a statement.

"The challenges we face in Western New York and across the country are too serious for me to allow this distraction to continue, and so I am announcing that I have resigned my seat in Congress effective immediately."

The allegations were first reported Wednesday afternoon on Gawker.