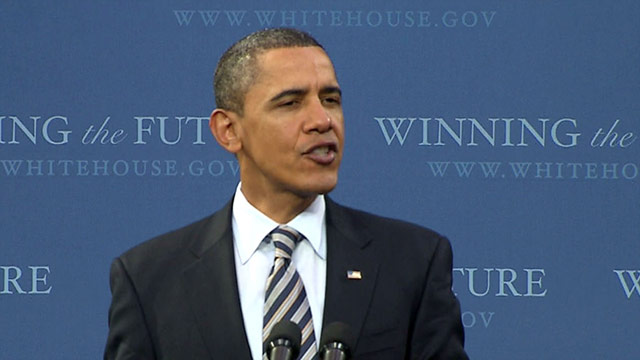 Following is the text of a statement released Thursday night by U.S. President Barack Obama on Egypt:

"The Egyptian people have been told that there was a transition of authority, but it is not yet clear that this transition is immediate, meaningful or sufficient. Too many Egyptians remain unconvinced that the government is serious about a genuine transition to democracy, and it is the responsibility of the government to speak clearly to the Egyptian people and the world. The Egyptian government must put forward a credible, concrete and unequivocal path toward genuine democracy, and they have not yet seized that opportunity.

"As we have said from the beginning of this unrest, the future of Egypt will be determined by the Egyptian people. But the United States has also been clear that we stand for a set of core principles. We believe that the universal rights of the Egyptian people must be respected, and their aspirations must be met. We believe that this transition must immediately demonstrate irreversible political change, and a negotiated path to democracy. To that end, we believe that the emergency law should be lifted. We believe that meaningful negotiations with the broad opposition and Egyptian civil society should address the key questions confronting Egypt's future: protecting the fundamental rights of all citizens; revising the Constitution and other laws to demonstrate irreversible change; and jointly developing a clear roadmap to elections that are free and fair.

"The Egyptian people have made it clear that there is no going back to the way things were: Egypt has changed, and its future is in the hands of the people. Those who have exercised their right to peaceful assembly represent
the greatness of the Egyptian people, and are broadly representative of Egyptian society. We have seen young and old, rich and poor, Muslim and Christian join together, and earn the respect of the world through their non-violent calls for change. In that effort, young people have been at the forefront, and a new generation has emerged. They have made it clear that Egypt must reflect their hopes, fulfill their highest aspirations, and tap their boundless potential. In these difficult times, I know that the Egyptian people will persevere, and they must know that they will continue to have a friend in the United States of America."

6:31 am ET October 28, 2021 RETWEET
Ellidy Pullin, the partner of Australian Olympic snowboarder Alex "Chumpy" Pullin, has given birth to their daughteâ€twitter.com/i/web/status/1â€¦Ro
cnni